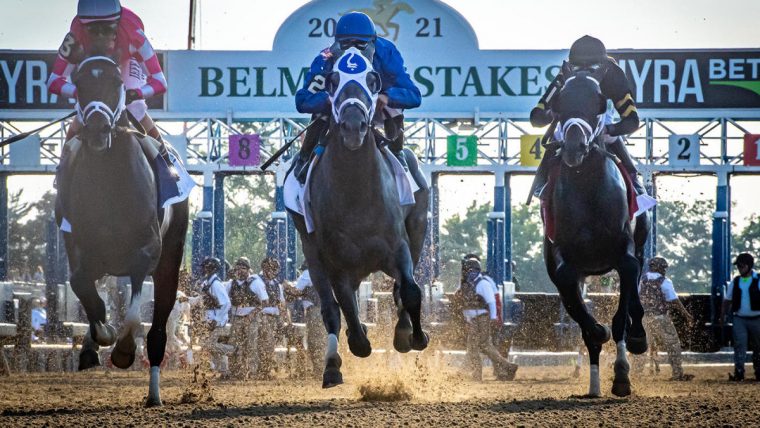 Rich Strike is looking good for Belmont Stakes online betting. Kentucky Derby winner Rich Strike was held out of the Preakness Stakes. This to keep him fresh for the Belmont Stakes and the rest appears to have paid off, with the three-year-old looking good in training ahead of the final leg of the Triple Crown on Saturday.

Rich Strike made an appearance on the Belmont training track. Jogging twice clockwise around the one-mile oval under exercise rider Gabriel Lagunes. Rich Strike, who arrived on Wednesday following a 16-hour trip from Louisville, still had plenty of energy to want to train.

“I told Gabriel after the first round if he wanted to go another one it was up to him,” trainer Eric Reed said. “He said he felt strong enough. To go so he let him go. He settled down a lot the second round. A lot of that was trying to get him used to the pony. You could see the further they went the better he accepted the pony. By the end of the week, they’re going to be good buddies, and on race day he needs a buddy.” 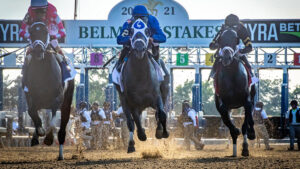 Following his 80-1 upset in the Kentucky Derby, Rich Strike was held out of the Preakness by his trainer. Who feared the two-week turnaround would not have been good for him on that day or for the Belmont, which was the race they had in mind when they ran him in the Derby.

“It wouldn’t have done anybody any good,” Reed said. “It would have messed him up for this. We wanted to show in the Derby we could compete in the Belmont.”

Reed said the energy Rich Strike has shown since he arrived in New York was not too surprising to him, but he expected the horse to have a nice nap Wednesday afternoon.

“I thought he might show a little fatigue. And he will,” Reed said. “When he gets through walking he’s going to lay down. We usually put him in some ice boots and stuff for an hour or two, but today as soon as he goes in we’ll let him have a few minutes, do him up, and let him sleep because he’ll sleep for the rest of the day. I know he’s tired, he just doesn’t show it.”