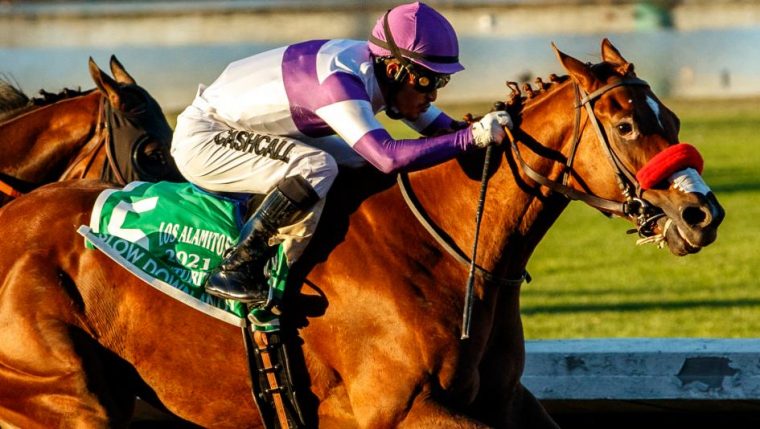 Slow Down Andy has been withdrawn from consideration for the Kentucky Derby after a recent spike in temperature at Keeneland, trainer Doug O’Neill confirmed Saturday morning.

The three-year-old had made the 20-horse cutoff for the May 7 Kentucky Derby. This by winning the March 27 Sunland Derby. However, the Nyquist colt missed a scheduled workout here this weekend after taking ill.

Slow Down Andy is owned by Reddam Racing. Also, has been ridden in every race by Mario Gutierrez in compiling a 3-for-5 record that also includes a victory in the Grade 2 Los Alamitos Futurity in December. Reddam, O’Neill. Also, Gutierrez have teamed to win two prior runnings of the Kentucky Derby. This in 2012 with I’ll Have Another and in 2016 with Nyquist. Nyquist a legend? We believe so.

Update on Slow Down Andy 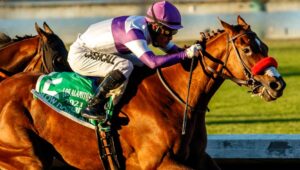 The withdrawal of Slow Down Andy from the Derby top 20 assures a spot for Charge It and Tawny Port (40 points each) in the Churchill Downs starting gate. Tawny Port won the Lexington Stakes this weekend. Earning enough points to run at the Derby. In Due Time finished third at Lexington. However, his status for the Derby is uncertain because trainer Kelly Breen didn’t feel he handled the Lexington surface well.

Bye Bye Bobby, who earned 20 points when second to Slow Down Andy in the Grade 3 Sunland Derby at Sunland Park. Also was withdrawn earlier this week from the Kentucky Derby by trainer Todd Fincher because of a foot abscess that developed following his arrival here at Keeneland. Looking for updated Derby odds? View latest lines above.