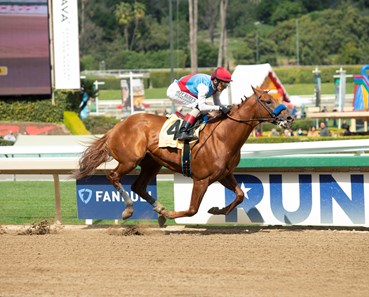 Santa Anita Derby winner Taiba will have just one workout in preparation for the Kentucky Derby according to trainer Tim Yakteen, who spoke to reporters a few hours after he had worked his other potential Derby starter, Santa Anita Derby runner-up Messier.

Taiba made his second start at the Santa Anita Derby. After the race, Yakteen said Taiba “took the race well. But it was a hard race. Also I want to make sure he’s energetic.”

“He doesn’t need much to be fit,” Yakteen said. “I want to go in on the fresher side. He’ll work Thursday or Friday this coming week. I’ll give him a few stronger gallops.”

Taiba’s only start before the Santa Anita Derby was a maiden sprint five weeks earlier. Remember that? Fitness was certainly not an issue in the April 9 Santa Anita Derby, as he beat Messier on the square while stretching out to 1 1/8 miles. 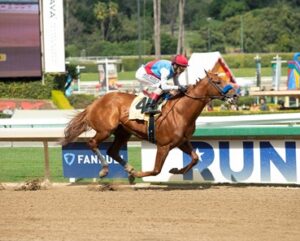 Both Taiba and Messier had been trained by Hall of Famer Bob Baffert. This prior to Baffert having to serve a 90-day suspension owing to a medication violation for Medina Spirit in last year’s Derby. With that said, Taiba is ready. Taiba is our Kentucky Derby pick.