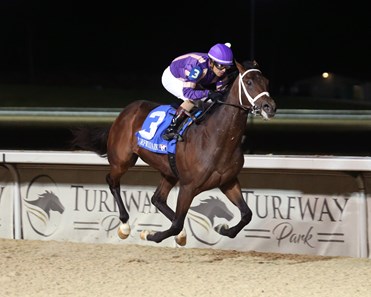 Tawny Port is no longer on the bubble after winning the Lexington Stakes, which was the final points qualifier for the May 7 Kentucky Derby.

Tawny Port, owned by the Peachtree Stable of John Fort, earned $229,000 of the $400,000 purse with his one-length triumph in the Grade 3 Lexington, but, more importantly, the son of the late Pioneer of the Nile showed he could handle a dirt surface. The colt previously had raced just once on dirt when finishing fifth in the Feb. 19 Risen Star at Fair Grounds.
“There was a little bit of a question mark with how well he would handle the dirt,” trainer Brad Cox said. “But he was pretty powerful today.”

Six of the starters in the Lexington, which offered points on a 20-8-4-2 basis toward the 148th Kentucky Derby, entered the race with at least 10 points, led by Tawny Port, who just two Saturdays ago earned 40 points by finishing second in the Jeff Ruby Steaks at Turfway Park. He now has 60. Major General now has 18; In Due Time has 24; and Ethereal Road has 22. 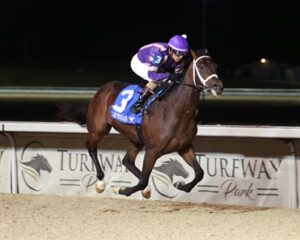 “He ran well at the Fair Grounds,” Cox said. “Florent came back and had positive comments after that race, and I thought, ‘Well, you know, right now, maybe you try to go in the Jeff Ruby Steaks.’ So that’s what we did, and he ran a real respectable race. Then we found ourselves nominated to this race and it worked out today. This was actually John’s idea to run in this race.”