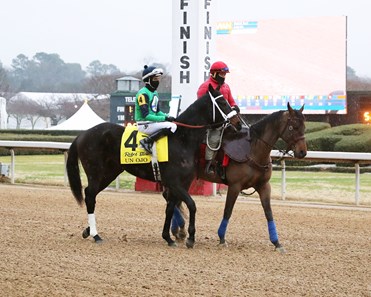 It has recently been confirmed that Un Ojo will be running at the 148th Kentucky Derby. Below, updated Un Ojo Kentucky Derby 2022 odds.

Un Ojo, the one-eyed winner of the Grade 2, $1 million Rebel at Oaklawn, is set to participate in this year’s Kentucky Derby. This after a Saturday morning work that satisfied his trainer, Ricky Courville.

According to Courville, Un Ojo worked five furlongs in 1:03.15 on a fast track. The 50 points the horse earned for winning the Rebel Stakes. Earned him a spot in the Derby, but an injury he sustained after getting bounced off the wall twice in April’s Arkansas Derby put his status for the Kentucky Derby in doubt. 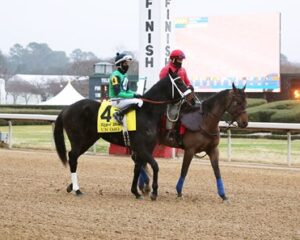 With that being said, he finished eighth in that race. Also, the incident led to staples being placed in a shoulder that sustained a “little, superficial cut,” Courville said. Really? The staples, which can promote quicker healing, were removed last week. Also, Courville said he wanted to assess the horse in a work before shipping to Churchill Downs.

Furthermore, Courville said he plans to ship Un Ojo to Churchill Downs on Tuesday. What does this mean for the remaining odds? He also added that Don’t Wait Up, who runs Saturday night in the $60,000 Lafayette at Evangeline Downs, could join Un Ojo. Talk about underdogs. Don’t Wait Up could target the Pat Day Mile at Churchill with a strong race Saturday, Courville said.

In conclusion, Ramon Vazquez, who has been riding Un Ojo at Oaklawn will have the mount at the Kentucky Derby.